Mark made me a bowl of steel cut oats with an egg (best oatmeal ever) and another cup of delicious pour over. We cycled up Siskiyou Pass together. Going up with a buddy made the big hill not so bad. We split at the top and I hit 1000 miles on the odometer. The lovely historic highway spit me out onto highway 5, and I crossed into CALIFORNIA! I couldn’t stop giggling, hooting, and hollering as I dove down into the valley. Cars were sending encouraging honks my way, and I cried happy tears. I never thought I’d make it here. I never thought I’d make it through Washington. But here I was, dehydration, bears, breakdowns, hills and all. 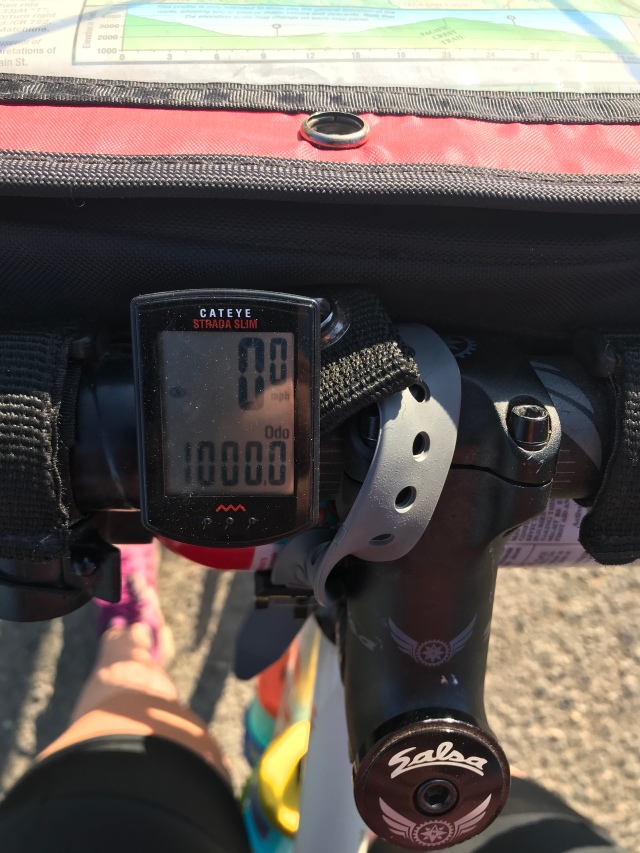 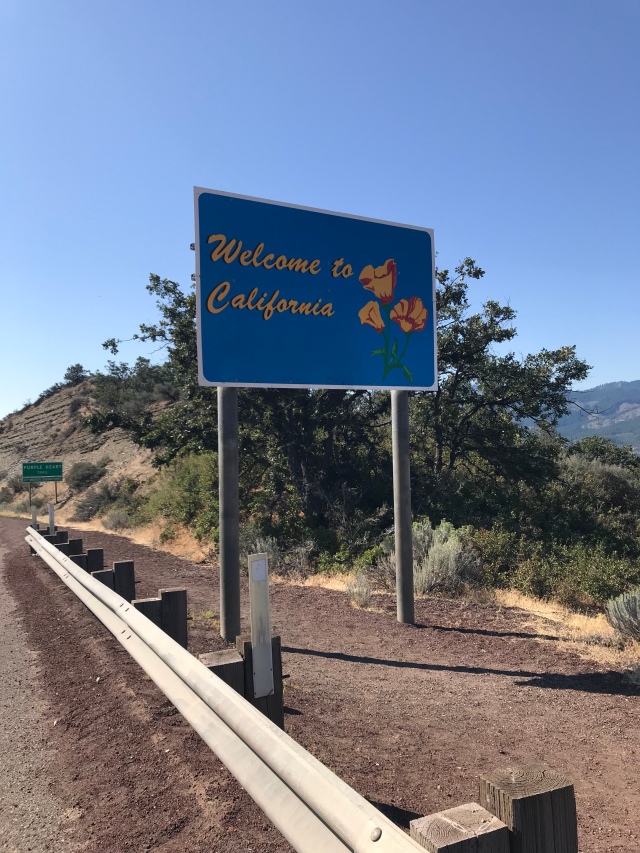 I hopped off the highway and cycled past dilapidated logging and mining towns. I heard a laugh coming out of a building somewhere. Oddly enough, I was more delighted at hearing life in this ghost town, instead of being creeped out by the unknown source.

The heat was building and I was trying to get to Nick’s parents’ house as fast as possible. A mile outside of Montague, I lost control of my bike and pulled over. The front wheel was flat. I tried pumping it up, but sealant was spraying out of the valve stem. I spun the tire around, hoping the sealant would patch up whatever hole was leaking air and pumped air as fast as I could. No luck. I texted Rick and Sheila, Nick’s parents, that I was running late. They insisted on picking me up. The parents arrived to find me sitting on the side of the road in 92 degree weather. We threw the bike in the car and they took me to their house.

At the house, I took a glorious shower and they fed me fancy cheese. This was heaven! They showed me around town and we went to an outdoor concert. Nick rolled into town, also dehydrated and with a flat, and Rick brought him over to the concert. I was so excited to see Nick because I figured he probably wouldn’t catch up after we split at South Sister.

Rick and Shelia made me breakfast this morning, and the two of them along with Nick said goodbye. Rick made sure to send me off with almost two pounds of my favorite cheeses. I was pretty impressed and excited about all that cheese!

Several miles into the ride I found a massive blackberry bush and stopped to help myself. Views of Mt Shasta followed me all morning. My route took me onto a hilly historic highway, and I felt worn down. I struggled up the hills, missed my turn for the town of Mt Shasta, and doubled back. In town, I drank fresh juice, espresso, and ate cheesecake as a late breakfast at Berryvale Grocery. I was hoping the coffee would wake me up, but I was still tired. I sat on the ground in front of the store, and a climber started chatting with me. We swapped contact info and I made my way to McCloud. 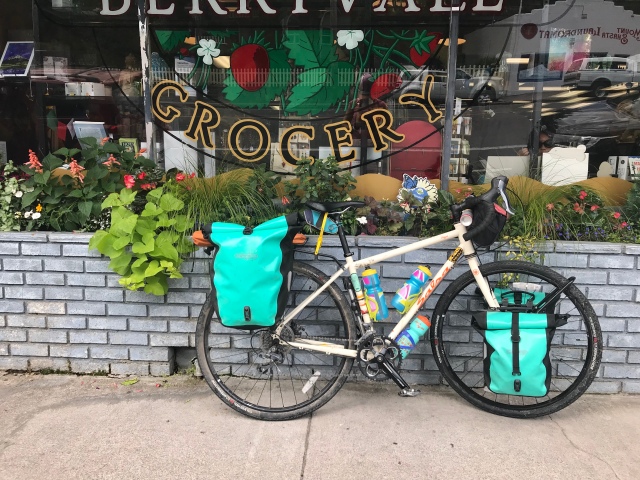 Temperatures were rising, but I put my head down and made it up a pass. Down in McCloud, I stopped at a coffee shop to wait out the heat of the day. I still felt super tired, but kept cycling anyway. I didn’t realize how much the heat was getting to me. Spaced out, I hit an uneven piece of pavement and the bike launched me off. A little bit of blood and a sore elbow, but I was fine. The handlebars were very skewed and the brake was bent. I straightened what I could and kept riding. I only felt worse after that, but kept pushing forward. I gave up on my ambitious goal for the day and retired at the nearest campground.

At camp, I ended up sharing a site with Zarrin and her three daughters. Zarrin threw delicious tri tip steak into my Indian dinner and gave me a beer. Her daughters helped me set up and tent and the oldest carved me two pointy sticks for self-defense use. I had a lovely time camping with these four sweet people!